The Subtle, Powerful Sound of Oscar® Winner 'The Salesman' 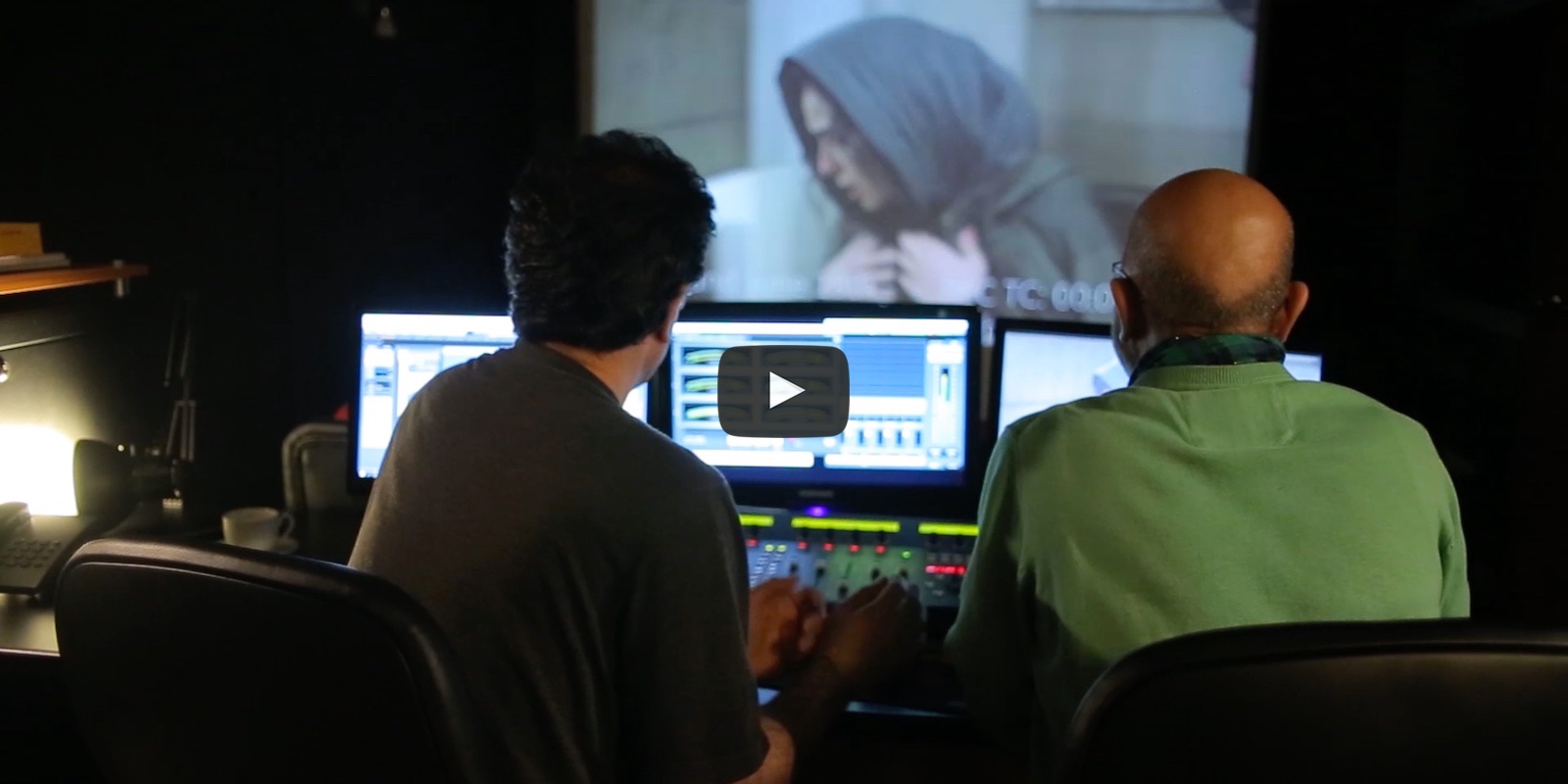 Iranian director Asghar Farhadi made headlines when his film 'The Salesman' won the 2017 Academy Award® for Best Foreign Language Film, but not simply for winning the award twice since 2012.

Farhadi chose not to attend the Oscars® ceremony in solidarity with those affected by the recent U.S. travel ban. Instead, Iranian-American engineer Anousheh Ansari accepted the award on his behalf and shared a powerful statement calling for respect and empathy in a time of fear and division.

Much like the atmosphere surrounding its success, 'The Salesman' is an emotional film steeped in sobering realism. In this exclusive Pro Sound Effects interview, we spoke with the film's sound team - sound designer Mohammad Reza Delpak and sound editor Reza Narimizadeh.

In the video above, take an in-studio look at their approach for establishing the anxious, chaotic themes in the film's opening scene. Watch the official trailer of 'The Salesman' below, and scroll down for a more in-depth interview with Delpak and Narimizadeh on their studio setup, using silence as a sonic tool, and the audio post industry in Iran.

What are your backgrounds? How were you introduced to sound design and sound editing in Iran?

Reza Narimizadeh: I'm a sound editor and sound mixer, and I have been working in sound since the early ‘80s. At first I wanted to become a DP because I had studied Photography in University. But little by little I learned that I am more attracted to sound. I realized that with sound I could be more creative. Picture was giving me a 180 degree world, whereas sound was giving me 360 degrees. 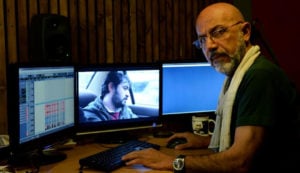 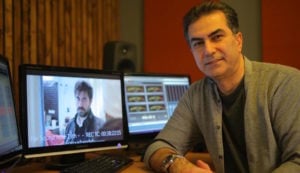 Mohammad Reza Delpak and Reza Narimizadeh
How did you end up working on 'The Salesman' with Asghar Farhadi?

We had already worked on Asghar Farhadi's previous two films, ‘About Elly’ and ‘A Separation’ - it was essentially a continuation of those projects. The three of us have a mutual understanding on how to work creatively, so it was as an obvious choice to work with the same group again. 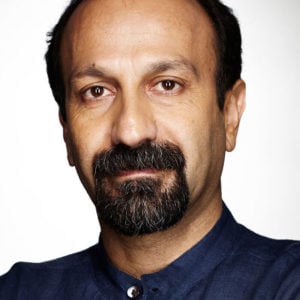 Which scene in 'The Salesman' was the most challenging for sound?

The opening scene was definitely the most challenging. The scene sets a huge emotional and symbolic tone for the movie. It’s chaos - the building is collapsing, everyone is walking around up and down the stairs... and yet there are still a lot of subtle emotional moments. A dynamic scene like this with a lot of actors and camera movements makes the sound very challenging. Asghar does not like to record ADR so we try to avoid it however possible. He believes the emotional impact from the original performance is never achievable afterward, so I had to really dig in there. We had all this production audio that was recorded with sixteen microphones. It took us around 5 days to just organize the sound that was recorded for that scene. In the end, we used a lot of the production sound as it gave us a lot of choices. It was a very demanding scene to finalize.

Which scene gave you the most freedom of creativity for sound design?

There were a couple sequences in ‘The Salesman’ with more room for creativity in the sound editing process. For example in the last scene there is more silence than the rest of the film. In our experience, silence can be used as an effective sonic tool. Working on social dramas is more difficult than working on fantasy films, because in the latter genre the presence of sound editing is more apparent than in social dramas. So we had to work on a discrete level, and the use of silence gave us the option to be present and not to overshadow the visual feel of the final scene.

How is your work station set up?

The DAW we work with is Steinberg Nuendo, the most common sound editing software in Iran, because of its great simplicity. ‘The Salesman’ is mixed in 5.1 surround, so the control surfaces we used were the Avid Artist and Radikal SAC-2.2. The studio monitors we use are the Genelec 8040 series.

Tell us about your studio.

Narimizadeh: Before I moved to United States around five years ago and became a freelancer, I used to own Moon Studio in Iran. I founded Moon Studio around fifteen years ago. In those years Moon Studio was responsible for the post production of many big movie projects and TV series in Iran. When I came to America I passed on the ownership of the studio. However, I still get invited to work there as a freelancer, and that is where we worked on the sound of 'The Salesman'.

At Moon Studio, Mohammad Reza Delpak and I finalized many film projects by internationally-acclaimed Iranian film directors such as Asghar Farhadi, Abbas Kiarostami, Dariush Mehrjui, Majid Majidi, etc. The great Hayedeh Safiyari from Moon Studio was the editor of ‘The Salesman’ as well. Moon Studio has a couple of sound editing suites, a mixing room, a Foley recording suite, and an ADR room. In addition to the sound departments, Moon Studio also offers editing suites, color correction, and grading suites to finalize the mastering of the projects. Compared to the American post production studios and facilities, ours are built much smaller and with lower cost equipment.

The post production process in Iran has a lot of similarities to the work in the United States. The difference is that less equipment is being used in Iran. This is mainly because of the low production costs, and also because the importing of production equipment is still limited.

What kind of sound effects library do you work with?

The sound effects libraries we have usually offer us the sound effects we need. We own a few major sound libraries including BBC Complete. But most of the time If we need sound effects that are more geographically specific to Iran, we record them ourselves. We record a lot of extra sounds, sometimes even on the original film locations.

Narimizadeh: Having worked on many big projects over the years, I've collected a massive archive of sounds recorded in Iran. Because Iran is so vast, diverse, and unique geographically, most of the time we couldn't use sound effects from other parts of the world. So we had to record them - sounds like public places, bazaars, streets, mountains, birds, etc.

What is your approach for working on scenes with opportunities for creative sound?

Delpak: I think a lot about the project and how to do it. I watch the film a couple of times in silence, without the production audio. Then I use a lot of unrelated sounds to give me inspiration about the sound effects I am going to use or record. When I want to sound design a special scene that has a particular mood, I watch the movie again and again until I can absorb the underlying mood of the movie. I pay attention to how it makes me feel. Then I go back to my sound categories and listen to some of my sounds one by one until I come across something that provokes the same meaning and emotion for me. After coming up with some ideas, I pass them to the director and we make a final decision together.

I also use music as an inspiration to get distinctive cinematic themes to help me make the final sound effects, even if I don’t use those parts in the final soundtrack. I bring different music files or musical tones into my sessions that provoke the same kind of emotions, and then when I find the right one I get inspired by it. Sometimes I even adjust some of my other effects to the same key.

What film genre do you enjoy working on the most?

Artistic social dramas. Our opinion is that, within this genre, the sound designer has more creative freedom and has a more important role to play, even though it looks like less work than the other genres.

What are some of your favorite films and directors from the United States?

Delpak: I love the movies made by Woody Allen, Martin Scorsese and Francis Ford Coppola. One of my all time favorite films is ‘Apocalypse Now’. I think Walter Murch did an extraordinary job on this film and 'The Conversation'.

Narimizadeh: I love the old Harold Lloyd movies like ‘Safety Last!’ and other classics like ‘The Godfather’ and ‘Taxi Driver’.

How did you feel when 'The Salesman' won the Oscar® for Best Foreign Language Film?

We were very happy, of course. A lot of film lovers saw the film, and it was selected for a couple of awards. The most important part for us was that, with our limited facilities and small team, the sound of the film was done in a proper way. We already had the experience of working on a film project that had won the same Academy Award®, ‘A Separation’, and so the second one surprised us! It's especially rewarding when the film has specific artistic value like ‘The Salesman’. 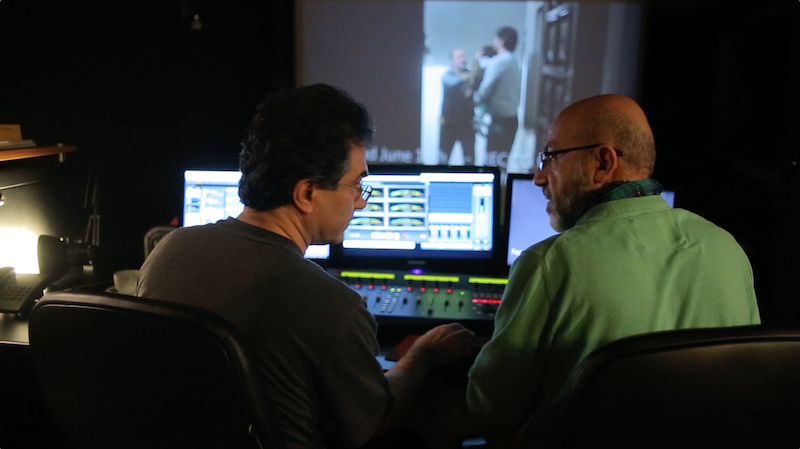 Special thanks to PSE Sound Editor and freelance sound designer Yasaman Kazerooni for coordinating and translating this interview! 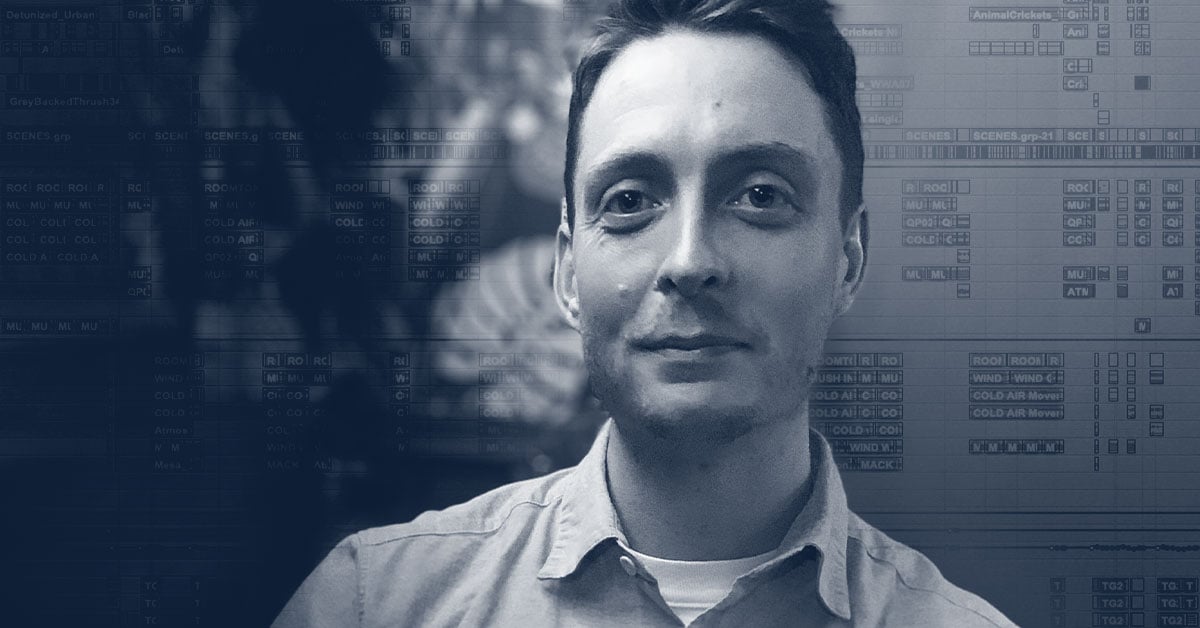 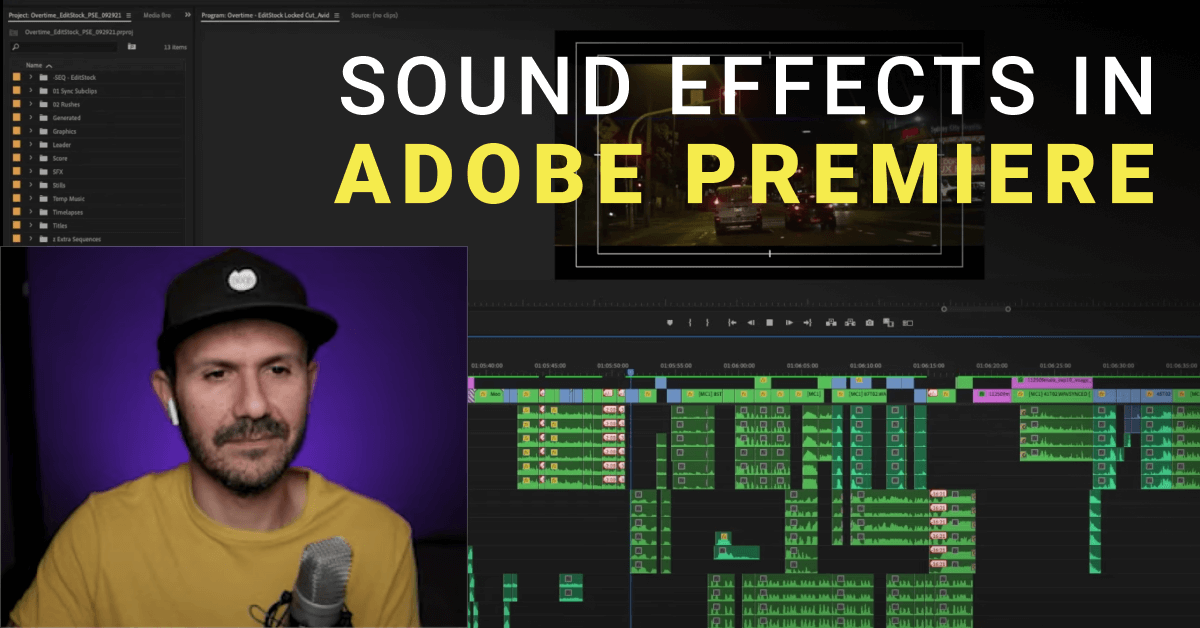 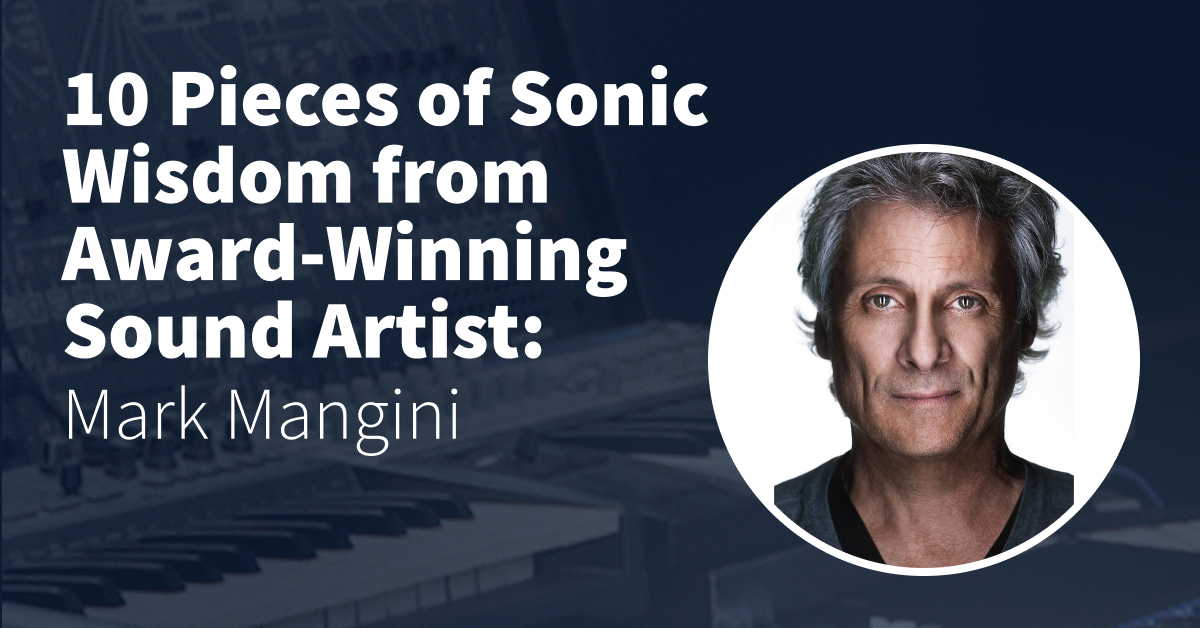